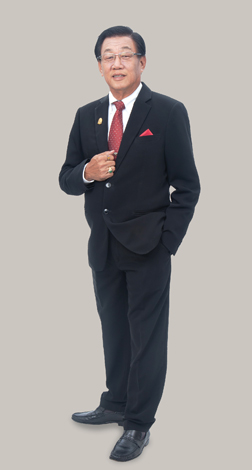 In order to fulfill your dreams, you must stay focused and know your target well. Work smart and reach every rank with full commitment and effort to build up a stable and bigger network.

A true account of riches from scratch, Dato’ Lawrence grew up in the early days of our newly independent nation.

Even during his early days, Dato’ Lawrence displayed an aptitude towards research. This natural ability was further honed during his educational years in local and overseas institutions.

Returning from abroad, he joined the 2nd national automotive project in the field of research, culminating in the successful launch of the Kancil. But his ambitions lied elsewhere.

He continued to climb the success ladder, expanding his vision through many business ventures and finally owning his research company.

In 1999, Dato’ Lawrence began venturing into the MLM industry and during a chance meeting with Dato’ Dr. Darren Goh, plans for a larger business scale was put in place.

This sparked a revolution that is K-LINK, aggressively moving this business platform beyond Malaysia. Within 2 years, branches in Singapore, Thailand, Taiwan, India, Indonesia and the Philippines were set up.

These series of successful events had created inroads in the MLM industry and made K-LINK a major organization in the region.