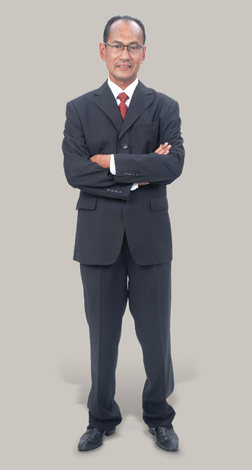 To accomplish great things, we must not only act, but also dream; not only plan, but also believe. Have faith. Take action!

With experience in MLM industry for more than 25 years, the joining of Dato’ Dr. Radzi bin Saleh has helped a lot in defining K-LINK’s remarkable status in MLM industry. Hails from Perak, Malaysia and currently resides in Jawa Barat, Indonesia, he has contributed in setting up K-System to educate all members of the proper method of conducting MLM business. As a result, the company’s sales grew tremendously after the system was implemented.

Dato’ Dr. Radzi is also one of the driving forces behind the growth of K-LINK Indonesia. Besides emphasizing on sales performance of the company, he returns the favour of Indonesian people by setting up K-LINK Care Foundation and an orphanage in Yogyakarta, as well as giving scholarships to more than 100 Indonesian students to aid with their study. In 2006, he was awarded Indonesia Executive of the Year by Yayasan Penghargaan Prestasi Indonesia.

His achievements in MLM business and contributions to society have earned him titles and honor. In 2007, he was awarded Honorary Doctor of Philosophy in Marketing Management by Inter American University. In 2009, he was conferred “Darjah Indera Mahkota Pahang” (a Dato’ship) by Sultan of Pahang, Malaysia.